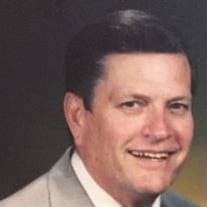 Heaven has gained another angel. Ronald Edward Redenius, of Bourbonnais, IL, passed away peacefully with his loving wife at his side in their home on October 20, 2018. Ronald was born on February 10, 1933, in Watseka, IL, to Irvin and Helena Redenius. Ronald graduated from Onarga High School, attended DeVry Institute of Technology, and the Milwaukee School of Engineering. His studies at MSE were interrupted in 1953 when he was drafted to serve in the Korean War, and then served in the U.S. Army for 2 years. Years later he graduated from Kankakee Community College. Ronald was employed by Kankakee Roper Corporation for 30 years as a draftsman designer. He was then employed by General Motors in Bloomfield Hills, MI, for five years, until he retired. Ronald married Marlene Bury on June 27, 1959, in Watseka, IL, and they settled in the Kankakee, IL area. There they raised four children, and over the years enjoyed attending and supporting the activities in which their children were involved. An active member of the First Presbyterian Church of Kankakee for 59 years, Ronald served as a Deacon, an Elder, Church Treasurer, and sang in the church choir. He was also a member of the Bradley Legion and a former member of the Bradley Moose Lodge. Some of Ronald’s interests included playing cards with dear friends, attending the theater and musical performances, replica car collecting, puzzles, and traveling with Marlene. Most of all, Ronald cherished time spent with his children and grandchildren. Surviving are his wife of 59 years, four children, six grandchildren and three great-grandchildren and a nephew. His children are Brad and Eileen Redenius of Rosemount, MN, Kirk and Debbie Redenius of Cadez, KY, Greg and Fran Redenius of Highwood, IL, Beth and Eric Rayburn of Donovan, IL. His grandchildren are Ashley and Aaron Backs of Troy, IL, Chad and Theresa Redenius of Denver, CO, Brittney Redenius of Cadez, KY, Jessica and Jake Jackson of St. Anne, IL, and Max and Jack Redenius of Highwood, IL. His great-grandchildren are Nolan and Carley Backs and Avery Redenius. His nephew is Doug and Paula Redenius, and Dena and Lexi of Momence, IL, Preceding him in death were his parents, his brother Glen and several cousins. Visitation will be from 2pm-4pm followed by a Celebration of Life on Friday, October 26, at the First Presbyterian Church of Kankakee, 371 East Court Street, Kankakee, IL, 60901. Officiating will be the Pastor of the church, Pastor Ray Lantz. Cremation rights have been accorded. Arrangements provided by Jensen Funeral Home. In lieu of flowers, memorials may be made to the First Presbyterian Church of Kankakee or the Kankakee Valley Hospice, 482 Main Street NW, Bourbonnais, IL 60914. Please sign Ron’s guestbook.

Heaven has gained another angel. Ronald Edward Redenius, of Bourbonnais, IL, passed away peacefully with his loving wife at his side in their home on October 20, 2018. Ronald was born on February 10, 1933, in Watseka, IL, to Irvin and Helena... View Obituary & Service Information

The family of Ronald Edward Redenius created this Life Tributes page to make it easy to share your memories.

Heaven has gained another angel. Ronald Edward Redenius, of Bourbonnais,...

Send flowers to the Redenius family.