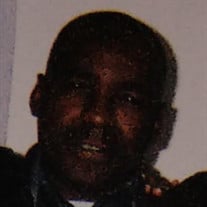 Melvin Bernard Fulton, 61, of Kankakee passed away on Tuesday, May 10, 2022. He was born on August 16, 1960 in Clifton, the son of Ezell and Leta Irene (Williams) Fulton Sr. He enjoyed playing bingo and cherished the time spent with family... View Obituary & Service Information

The family of Melvin Bernard Fulton created this Life Tributes page to make it easy to share your memories.

Melvin Bernard Fulton, 61, of Kankakee passed away on Tuesday,...

Send flowers to the Fulton family.