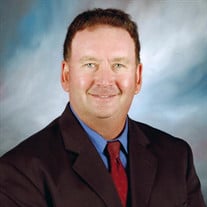 On Saturday, January 2, 2021, Joseph P. Anthony, beloved father of two and well-known community figure, passed away at the age of 62. Joseph, widely known as Joe, was born April 17, 1958 to Tom J. Anthony and Alice P. (Birnfeld) Anthony of Kankakee, Illinois. Joe attended parochial school in Kankakee and graduated from Bishop McNamara High School in 1976. Joe received his law degree in 1983 from Washburn University after earning a Bachelor’s in Journalism from Kansas University. Joe played soccer at Kansas University and was proud to be a Jayhawk. Joe had a passion for sports, with a special place in his heart for baseball, and he acted as a coach and mentor to countless young athletes wherever he lived. Joe played sports most of life and began his coaching legacy with St. Theresa’s basketball in 1975. He continued coaching while attending college in Lawrence, Kansas as a girls’ volleyball coach. After returning to Illinois, Joe coached indoor and outdoor co-ed soccer, girls’ softball, Little League, and senior league baseball for over twenty years. Joe is remembered by many as a dedicated attorney in the Illinois River Valley, beginning his legal career in 1985. Joe served as assistant state’s attorney, public defender, and managed his own private practice over the course of 35 years and continued his practice until the time of his death. Joe was a lifelong resident of Kankakee County and gave back to his community without regard for recognition. Joe recognized his universal blood type as a moral responsibility and he donated faithfully to the American Red Cross, donating over 22 gallons in his life. Even in death, Joe was an organ and tissue donor, helping an estimated 26 recipients through Gift of Hope. Joe taught multiple years of CCD with St. Theresa’s church and volunteered his time as a young adult, teaching proper flag-folding practices throughout the community. Joe could be found throughout his life supporting local sports organizations, bands, festivals, and businesses with his children, or as he called it, teaching them to “soak up the local flavor”. Joe was an avid listener of WVLI – the Valley, had a deep appreciation for music, and he treasured the opportunity to test his pop culture and historical knowledge. He could make a friend out of anyone he met, but particularly enjoyed reminiscing with fellow Andy Griffith afficionados. Joe founded the “No Thank You, Leon” chapter of the Andy Griffith fan club, and frequented the real life “Mayberry” in Mt. Airy, North Carolina where he built countless friendships and an honorary family. Joe had a genuine respect for history and genealogy and spent the last decade of his life helping to catalog and document over 80,000 memorials for findagrave.com across the country. He valued experiences, memories, and legacies far beyond material possessions, and he lived his life in service of those values. Joe is preceded in death by his father, Tom, and his mother, Alice. He is survived by his two children, Joey and Allyson Anthony, his sister, Paula (Bill) Burns, and his brother, Thomas (Chris) Anthony, and beloved friend, Lisa Hall. There will be no public visitation or services held, but his children invite Joe’s many friends to share happy memories of their father with [email protected] Memorial contributions may be made to the American Red Cross by visiting www.redcross.org/donate/memorial-donations, donating blood at your local Red Cross, or friends may also honor Joe by donating to the charity of their choice.

The family of Joseph P. Anthony created this Life Tributes page to make it easy to share your memories.

Send flowers to the Anthony family.