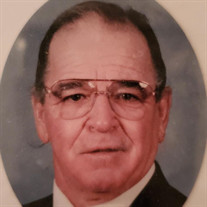 Jack R. Osborn July 30, 1936 - December 14, 2020 Jack R. Osborn 84 of Kankakee, passed away on Monday December 14th, he is now at peace. He was born on July 30th 1936 a son of parents; Clyde F. and Luella Marie (Day) Osborn in Danville, IL. Jack was a roofer for 32 years and a van driver at KCTC for 17 years. He served his country 1st as a Navy reservist then in the Army for 6 years in all. Jack is survived by his loving wife, Shirley A. Baron of Kankakee whom he married on August 11th 1960. He is also survived by his son; Jack R. Osborn II of Urbana, His daughters; Robyn Lynn Kinney of Kankakee, Patricia A. Brock of Saint Anne, Mashell and David Gornick of Joliet. Jack is also survived by his siblings and their spouses; JoAnn and the late Marvin Brooks of Georgetown, Betty and Hank Walsh Linda and Cliford Hegg, Terry and Joann Osborn, Carl and Karen Osborn Clyde Osborn all residing in Danville IL. Jack has 8 grandchildren and 6 great-grandchildren. Other special family and friends surviving are Jeanie and the late Dick Darr and his special best friend since childhood, Bill Johnson. His life was filled with many Aunts, Uncles, Nieces and Nephews that he loved very much. He was preceded in death by his Mother-Luella (Marie) Day, Father-Clyde F. Osborn, Mother-in-law, Marcella Mann, and Father - in law,Thomas Mann. Jack was involved in many activities during his residence in Kankakee including working as a Precinct Committeeman, Coaching Little League football, a leader for Cub/boy scouts, and a Y- Indian guide with his son. He was a NASCAR fan for many years and an avid golfer and bowler. As a Freemason; he served as Past Master of Chebanse Lodge #429 and both Kankakee Lodge #389, and Manteno Lodge #636. In Danville he was a member of the GAO Grotto club with his father, brothers, and brother in laws. Jack still took time to join his family in Danville for cook-offs and other homemade contests between the Osborn's, the Day's, and the rest of their ever-growing family. A private viewing took place on Tuesday Dec.15th for the immediate family. His internment will be in the Spring at Abraham Lincoln National Cemetery with Military honors and Masonic rites to include family and friends.

The family of Jack Richard Osborn created this Life Tributes page to make it easy to share your memories.

Send flowers to the Osborn family.