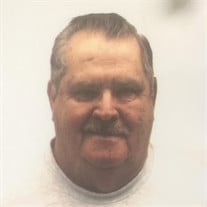 Eugene Edward DeCarlo, 84, of Bourbonnais, passed away Thursday (March 7, 2019) at Citadel of Kankakee. He was born Sept. 11, 1934, in Kankakee, the son of Joseph V. DeCarlo and Irene Houde DeCarlo. Eugene married Vivian “Butch” Senesac DeCarlo on Aug. 28, 1934, in Kankakee. She survives. Eugene worked for Canteen Food Service for more than 30 years and drove for Med. Speed. He loved to golf and bowl. He loved his Cubs and was so excited he had the opportunity to see them win a World Series. In addition to his wife, surviving are daughters and sons-in-law, Dawn DeCarlo and Mike, of Bradley, Terri DeCarlo and Jim, of Kankakee, Karen DeCarlo, of Bradley, and Terrie Fritz, of Bourbonnais; stepdaughter, Karen (John) Tubble, of Kankakee; stepson, Jeff (Maryann) Cooley, of Kankakee; sister and brother-in-law, Denise (Jim) Zummallem, of Watseka; seven grandchildren; and nine great-grandchildren. Proceding him in death were his parents; daughter, Cheryl Woodridge; brothers, Danny DeCarlo and Les DeCarlo; and a sister-in-law, Pat. Cremation rites have been accorded. Jensen Funeral Home is handling the arrangements. A memorial service will be at a later date. Please sign his online guestbook at jensenfuneralhome.com.

The family of Eugene Edward DeCarlo created this Life Tributes page to make it easy to share your memories.

Send flowers to the DeCarlo family.