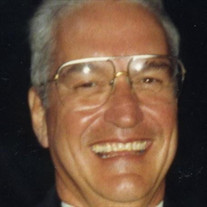 Dennis L. Rechkemmer 81, of Coal City, IL passed away on Friday, May 22, 2020 at Riverside Miller Rehabilitation in Kankakee, IL. Dennis was born August 7, 1938 in Kankakee, IL to Levi L. Rechkemmer, Sr. and Golda Hildabridle Rechkemmer. He married the love of his life Diane Beaupre on July 11, 1959 in St. Anne, IL. Dennis was a Industrial Electrician and Retired from Ford Stamping Plant in Chicago Heights after working there for 33 years. He served in the United States Army from 1958-1961. Dennis was a lifetime member of the NRA. He taught apprenticeship classes at Prairie State College and various classes at Governor State College. He enjoyed riding his motorcycle, traveling and anything outdoors. Diane and Dennis did several cross country motorcycle trips. Dennis enjoyed camping, hunting, fishing, boating, scuba diving and photography. But his greatest passion was flying. He had his private pilot’s license and was a certified flight instructor. Dennis was a member of the Civil Air Patrol, EAA and built his own airplane, a KitFox, in 1995. Dennis with the help of his wife, Diane, also constructed the log cabin in 2000 they called home, in Rushville, IL. until 2016. Surviving are his wife; Diane and 2 daughters and one son in law; Christine Soda and Donita and Bill Mincey. 2 brothers; Levi L. Rechkemmer, Jr. and Barney Rechkemmer and 4 grandchildren; Cory Soda, Kevin Soda, Taylor Mincey and Chase Mincey, along with many nieces and nephews. Dennis was preceded in death by his parents, Levi and Golda Rechkemmer, his brothers Glendale Rechkemmer and Maurice Rechkemmer, and his sister Joyce Regnier Because of the COVID 19 pandemic, a memorial service will be at a later date.

The family of Dennis L. Rechkemmer created this Life Tributes page to make it easy to share your memories.

Send flowers to the Rechkemmer family.