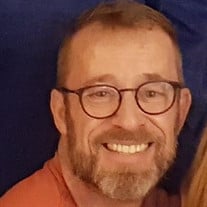 Daniel Edward Dionne, 57, formerly of Kankakee, entered eternal life June 21, 2018, in Decatur, Ga. A celebration of his life will begin with visitation starting at 1 p.m., SaturdayJuly 21, until the memorial service at 2 p.m. at the Adventure Christian Church, 70 Ken Hayes Drive, Bradley, IL 60915 Daniel was an aspiring and talented interior designer for Daniel Dionne Designs Inc., where he was the principal/owner. Daniel’s work spanned from north of Chicago to southern Florida. His spectacular designs won him Best of Houzz award from Houzz magazine the past four consecutive years. Before moving to Atlanta, Daniel lived in Chicago and was a delightful and much-asked-for server for the Lettuce Entertain You restaurant group, most notably at Café Ba Ba Reeba! He also worked at the well-known former Yesteryear restaurant in Kankakee. Daniel was an unconditional, giving and genuinely caring brother, partner, relative and friend, who will be deeply missed by all who were fortunate to have known him or merely make his acquaintance. His smile and laugh were infectious, always complimenting and inspiring those whom he was with. His talents were endless. Daniel also was an actor in many local musicals and plays, as well as a beautiful vocalist. Daniel (Dan or Danny, as he was known to his family and friends) was born Sept. 19, 1960, to Thomas John and Patricia Mae (Barnes) Dionne, who preceded him in death, in Kankakee. He was a 1978 graduate of Westview High School in Kankakee and attended Eastern Illinois University. Survivors include his partner, Joey Potter, of Decatur, Ga.; four brothers and sisters-in-law, Michael and Melanie Dionne, of Savannah, Ga., Andrew and Carol Dionne, of Charlotte, N.C., Phillip and Jeanette-Welch Dionne, of Milton, Fla., and Stephen and Linda Dionne, of Denver, N.C.; and six nieces and two nephews. Also surviving are many loving aunts, uncles and cousins. In addition to surviving family members, Daniel also is mourned by hundreds of friends and acquaintances from all over the country. Preceding him in death, in addition to his parents, were maternal grandparents, Marcella and Edward Barnes; paternal grandparents, Emory and Helen Dionne; and several uncles, aunts and cousins. In lieu of flowers, memorials can be made to the charity of your choice or a donation made to the Adventure Christian Church. Please go to Jensenfuneralhome.com to sign the guestbook.

Daniel Edward Dionne, 57, formerly of Kankakee, entered eternal life June 21, 2018, in Decatur, Ga. A celebration of his life will begin with visitation starting at 1 p.m., SaturdayJuly 21, until the memorial service at 2 p.m. at the Adventure... View Obituary & Service Information

The family of Daniel Edward Dionne created this Life Tributes page to make it easy to share your memories.

Send flowers to the Dionne family.