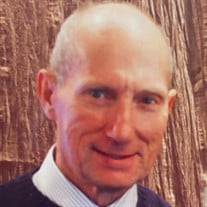 Albert “Al” Remmenga April 23, 1940 – February 3, 2022 Al Remmenga passed away peacefully at his home in Bradley, IL. He was born on April 23, 1940 in Appleton, WI the son of Neal and Leona (Kimpel) Remmenga. Al married his wife, Rita (Colby) on her birthday, July 30, 1960. Al was a loving and devoted husband and father. Al had a servant’s heart. Al was a graduate of Olivet Nazarene University in Bourbonnais, IL and of Nazarene Theological Seminary in Kansas City, MO. He pastored in the Church of the Nazarene in Craig, MO, Des Moines, IA, and Rockford, IL. After the pastorate, Al owned a Christian Bookstore in Ottawa, IL, taught at Good Shephard Manor in Momence, IL, and drove school bus for Manteno, IL. He was an avid reader and enjoyed studying God’s word in the Bible. He enjoyed working in his garden and traveling in his motorhome. All family vacations included camping and visiting relative and friends across the country. All of Al’s four children were on their way to visit Al when he died unexpectedly the evening before their arrival. The whole family gathered for a “Celebration Of Life” dinner and shared memories of their dad. They remembered singing as a family as we traveled in our car or motorhome; playing chess and feeling triumphant if they ever beat him; gathering wood and making campfires; trying to dam up streams with small rocks and getting leeches at Rock Creek; canoeing; and the whole family motorcycling. All the children made remarks about his strong work ethic and how it influenced them to be hard workers. Al is survived by his loving wife of 61 years, Rita (Colby) and their four children, Kathyrn Joy (Charles) Reynolds of Kankakee, IL, Karen Faith (John) Sorrel of Muskego, WI, Paul Albert (Gwen) Remmenga of Torrance, CA and Mark Andrew (Teresa) Remmenga of Southern Pines, NC; eight grandchildren, one great-grandson, as well as a sister and two brothers. He is preceded in death by his parents, a brother, and two sisters. Al was a member of the Kankakee First Church of the Nazarene where he enjoyed singing tenor in the choir. His song from childhood was; “Singing I go along life’s road, praising the Lord, praising the Lord, singing I go along life’s road, for Jesus has lifted my load.” That describes his passion for life. Cremation rites have been accorded and the memorial time was private.

The family of Albert "Al" Remmenga created this Life Tributes page to make it easy to share your memories.

Send flowers to the Remmenga family.